Learn about the current state and development prospects of cloud gaming. 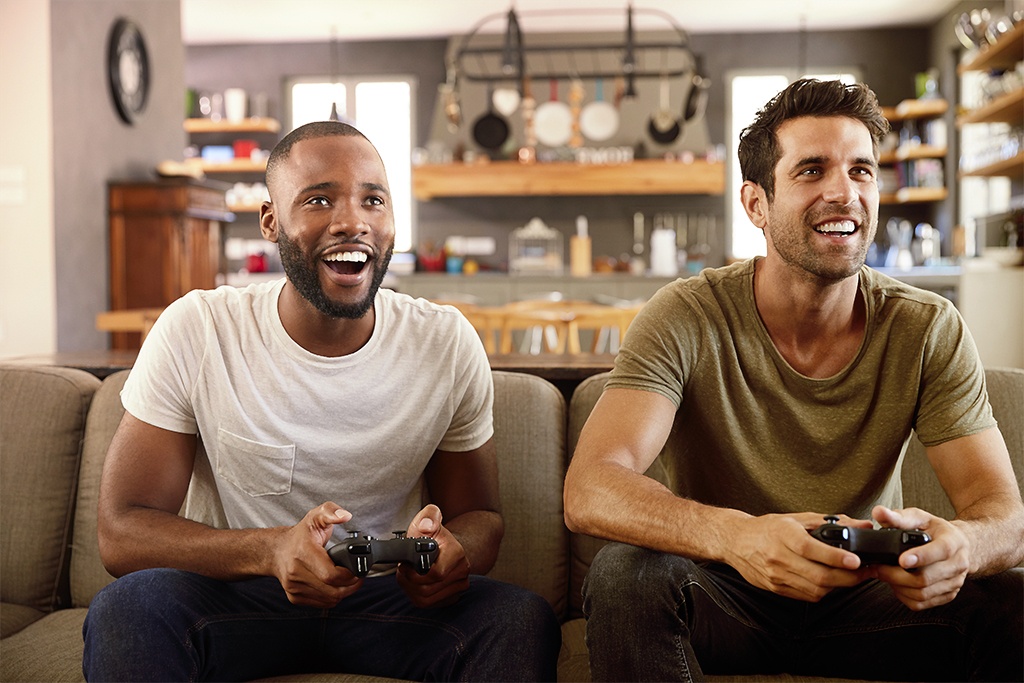 Head of GameDev at Computools

Cloud gaming is one of this year’s trends. Despite the initial setbacks, today many corporations are fighting for potential users and are trying to attract as many gamers to their servers as possible. So, what is cloud gaming today and what do you need to know about it?

What is cloud gaming

Cloud-based gaming is a type of gaming when you ‘rent’ remote device and control it, receiving live image from it through Internet. The main idea of cloud gaming is that gamers don’t have to have a high-end PC to play the latest games with high-quality settings, because all calculations are performed on demand machine and then image is streaming to the user’s PC, laptop or even Android device. The only required thing is stable and high-speed internet connection.

First ‘cloud’ based demonstration was in 2000 at E3; company G-Cluster has demonstrated streaming a game to portable device over Wi-Fi. In 2005-2007, Crytek was exploring cloud gaming technologies, but they decided that-days Internet bandwidth was not good enough for streaming.

First worthy cloud gaming service was launched by OnLive in 2009. The company released clients for PC, IOS, Android and a console with a gamepad for TV playing. With stable 5 Mb/s OnLive was performing well by that time image quality in 720p and 60 frames per second and a bit of input latency. They’ve also been supporting many latest games by EA and Ubisoft.

OnLive technologies were pretty good at that moment, but not many users became interested in the service, the biggest goal they’ve reached were 1600 users subscribed at the same time, wherein OnLive launched huge infrastructure of servers in USA, which of course haven’t paid off. In 2015 bankrupt OnLive and another cloud service Gaikai were bought by Sony to use their technologies for PlayStation Now and cloud gaming market fell silent up to 2019. Many big companies such as Google, Microsoft, Sony and even Amazon have launched their cloud gaming services to get a piece of the big trend pie.

Would you like to store and manage data in the cloud to keep your online business safe? 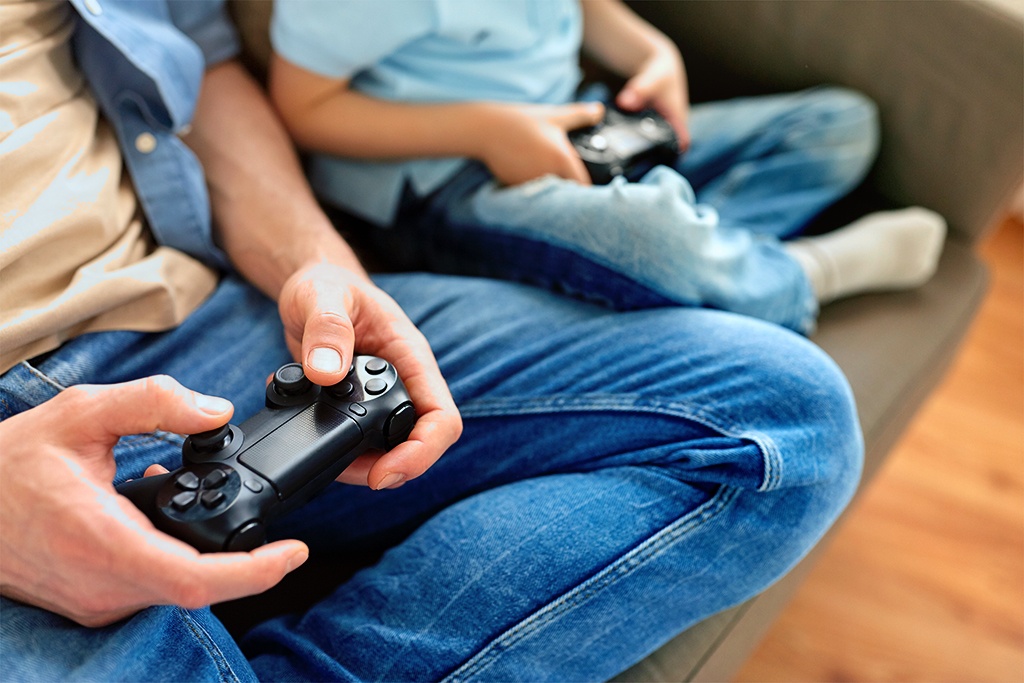 Stadia, a game streaming service ‘for everyone’

Google Stadia supports up to 4k resolution at 60 frames per second with HDR and surround sound, which is said to be improved up to 8k resolution in future.

It is said to be a ‘place for all the ways to play’ with saving progression across all platforms. Stadia will support its own Stadia controller, mouse and keyboard.

They’ve also announced ‘State Share’ technology. If it is supported by the game, it allows to instantly share any playable moment of a game. It could include ‘world state’, player position and inventory. It encodes into a link, tells Stadia, and it’ll know where to pick up the game.

One more thing about Google Stadia is that if you’re stuck on a level, you could just push the button on the Stadia controller to get help from the Google Assistant, which is pretty easier than grabbing any secondary devices and finding answer there.

Those who’ve tested Stadia were complaining pretty uncomfortable amount of latency which was around 100-150ms. If you’re playing some single-player, middle-action, exploring RPG, you might get used to it, but when it comes to fast and dynamic shooters like Quake Champions, Apex Legends or Overwatch, the latency will bother you much.

One more thing to notice is that you will have to buy all the games for Stadia separately. This means that if you’ve already had a game, you will not be able to transfer it to Stadia, and of course, you won’t be able to transfer your progress. Also, at the moment, Google hasn’t announced any exclusive to Stadia games.

However, Google Stadia is going to support only Google Pixel cell phones, and you won’t be unable to use the service with a regular Android device. Moreover, you won’t be able to play on a TV without Chromecast Ultra, since it grants access to Stadia for a TV.

A PlayStation Now subscription gives you unlimited access to over 600 games, with new games added every month. 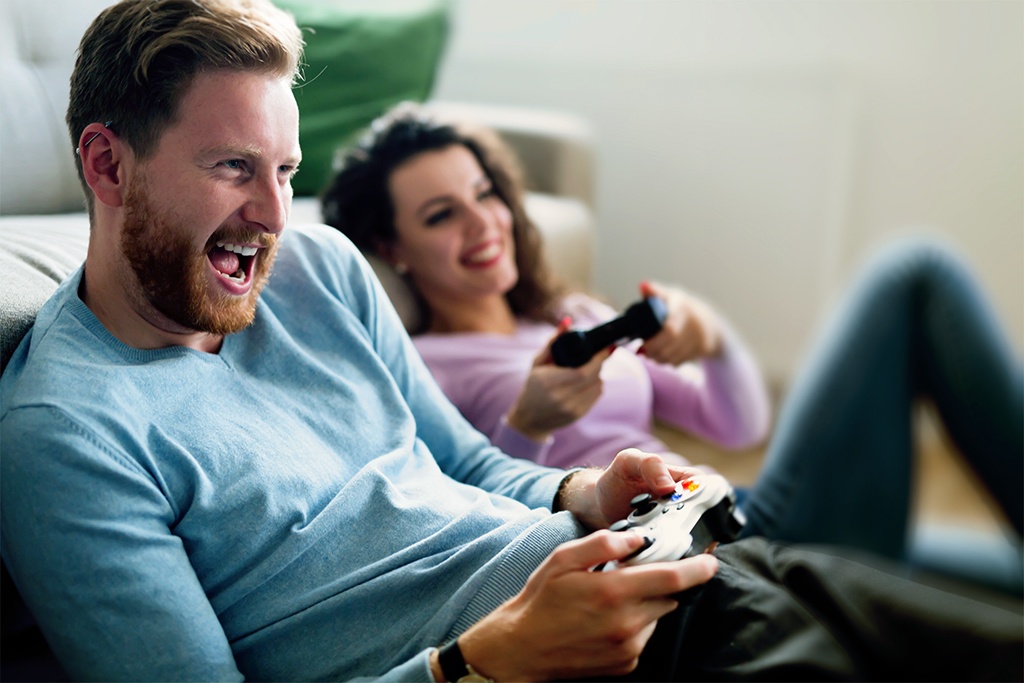 xCloud is a Microsoft’s service is similar to PlayStation Now and allows you to stream all generation Xbox and PC games, but xCloud also provides ability to stream to tablet, smartphone and even TV with smart TV supported. Microsoft promises a vast library of over 3500 Xbox and PC games. Those who’ve tested it out said the input latency was acceptable.

Phil Spencer, Microsoft’s Xbox division head, also announced that anyone will be able to try xCloud for free on beta release in October 2019, but an actual business model isn’t decided yet.

GeForce Now is a game-streaming service for PC (Windows and Mac) and Nvidia Shield TV driven by Nvidia that is in beta now. If you don’t have a high-end PC, this might be a great solution for you.

GeForce Now as itself does not sell any games, it allows you to run games from your Steam, Battle.Net or Uplay libraries. You will have to just login into your account and you will be able to instantly play almost any game. If some game is not preloaded for some reason it will be downloaded in a few minutes.

Amazon Web Services (AWS) is a set of cloud computing services that includes many useful features and one of them is going to be a cloud gaming service. There are not many details about it for now. It could be launched in early 2020.

In 2014, Amazon has shown a ‘hybrid’ cloud game, which means that some things like physics have been calculating on users’ machine, decreasing input lag this way. The list of supported games is also unknown. It is possible that games available in Twitch are going to be supported.

All those services are very different and it’s really hard to say which is the best. Only you can decide what to choose since many games are going to be left exclusively for their companies’ services like God of War for Sony’s or Halo for Microsoft’s.

Create the right IT strategy, design a valuable user experience and system architecture for your digital product

Engineer next generation software solutions for your business

Scale, leverage, and benefit from an on-demand workforce

Top Mobile Games Everybody Should Play in a Lifetime

The Unity Accelerator: What It Is and How It Works

Which Is Better? Unity vs Unreal Engine for Android Game Development

Idle Games: The Mechanics and Monetization of Self-Playing Games

Computools provides software development services worldwide. Feel free to get in touch with one of our experts in your region
02:16
USA (East coast)

Get a free
consultation
from our experts!
Contact us →