Learn more about software development trends that will be relevant in the coming years. 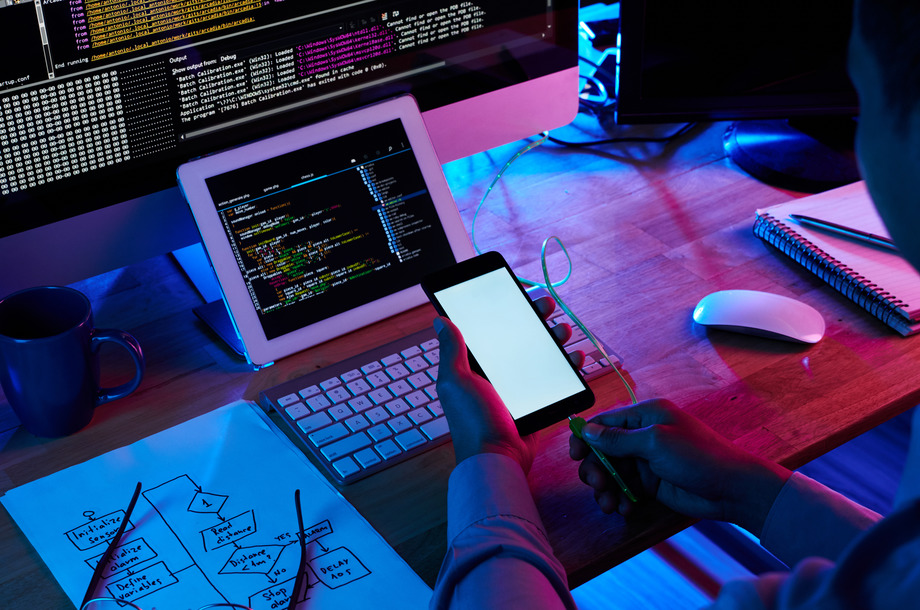 In recent years, software development has accelerated its growth significantly. New technologies require new developments, specialists in various fields work every day to provide innovative solutions for various industries: from retail to global finance. This article has collected several software development trends that will influence this area in the coming years.

Futurologists argue that the level of technology development has brought fantastic movie plots about the fusion of man and machine as close as possible. A microchip with bank data implanted in the wrist or the use of nanotechnology in medicine are not surprising anymore. However, tomorrow the introduction of neurochips for machine control and augmentation may become a new reality, for which one needs to prepare today.

The ambitious startup Neuralink, which was founded four years ago, is about to present a commercial version of the product. According to Elon Musk, the N1 chip, implanted directly into the human brain, will make it possible to “communicate” and control machines around. At the moment, the main value of technology lies in its application in medicine. According to the creators, the chip will restore vision, improve speech and the ability to walk for paralyzed people, restore memory, etc. Besides, it will allow to better understand the structure of the brain and help scientists in the treatment of a number of diseases, such as epilepsy.

However, this is only the initial stage. In a broader application, Neuralink should give a person the ability to control machines without voice commands, but only with the power of thought. It is assumed that the first devices that a person can control are a telephone, a smart home, and similar equipment. While it is not known whether this will be carried out through Bluetooth technology or a newly created one, it is only clear that it will be a wireless method.

More importantly, maintaining such technology will require new skills from developers. It is necessary to quickly assimilate new knowledge, acquire skills, and closely monitor new cases of using such a technology.

Human Augmentation, also known as Human 2.0, is a set of technologies and techniques that can be applied to duplicate, complement, and empower people to dramatically improve their lives. It’s about implants built into the human body and external tools such as an exoskeleton, for example, that allow a person to go beyond his usual boundaries. At the moment, technologies are being developed and implemented to restore some of the human senses, such as sight or hearing. Also, certain successes have been achieved by the company in the development of technologies that can increase human strength or intelligence. And while still at the conceptual or initial stage of development, the methods will significantly increase human abilities.

However, one should not forget about those technologies that have already significantly improved and supplemented human life: intelligent search in the Internet, visualization through A&V realities, or the sensory augmentation.

The development of each of these improvements involves the work of innovation professionals; developers who are literally the driving force behind progress. It is assumed that these experts will be in great demand among employers in the coming years.

But it’s not just futuristic technology that will keep developers busy in the near future. The already known ones will also receive a new impetus to development. Many of the technologies below have been successfully implemented by companies for several years, however, it’s about their future development and the impact they will have. After all, the gradual penetration of technology into people’s lives means that any changes in the field of software development will be reflected outside of it.

Strive to transform your business with digital innovations?

Although Artificial Intelligence is already widely used by many industries, it is still one of the leading software trends. Experts argue that in the coming years, AI will become a must-have technology, allowing businesses to remain relevant. Thanks to various capabilities like machine learning (ML), deep learning, vision, natural language processing, speech, AI can benefit different businesses. For example, it is forecasted that healthcare, education, travel industries, and social media will widely use AI for personalized experiences, assistance, and prediction services. 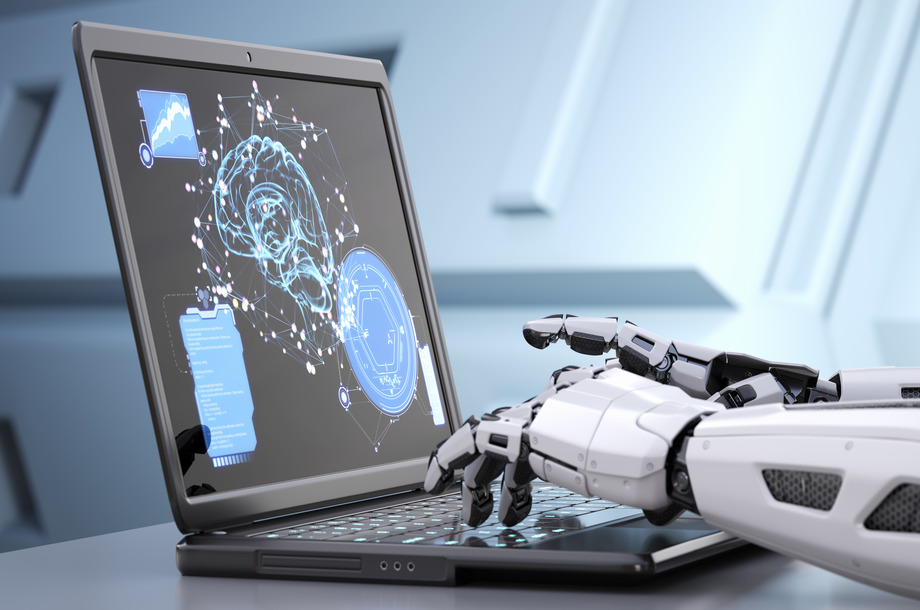 The Internet of Things has also penetrated deeply into the human daily routine: from ordinary gadgets to the car, everything contains sensors that allow to control an item or collect information. Of course, getting the most out of IoT is only possible by mixing it with other disruptive technologies such as AI and Big Data, however, it is among important software industry trends.

Bain argues that investments in this sector will almost double till 2021 in comparison with 2017 – from $235 billion to $520 billion. This proves that more and more companies strive to apply and adapt IoT in their activities.

Progressive Web Apps are also among significant software trends. In fact, it is almost a universal key to improving the user experience, as PWA is a mixture of a web page and a mobile application that behaves like a native app. Meaning PWA offers users an immersive full-screen experience and can be installed directly from the site and live on the smartphone’s home screen. Progressive Web Applications can benefit companies with enhanced performance, engaging user experience, faster loading time, and less data usage.

It is also one of the software development trends because of its growing popularity. Many world-famous companies and projects such as Twitter, AliExpress, Pinterest, BookMyShow, and MakeMyTrip have already adopted PWA solutions.

Mixed reality brings together the best of Augmented and Virtual reality creating an immersive environment. The ever-growing demand for products based on this technology also brings mixed reality to the list of software trends. Moreover, the Mixed Reality market is forecast to grow rapidly from $1.054 billion in 2017 to $9.982 billion in 2024. Already today, the software industry is preparing solutions for future implementation. Mixed Reality is expected to have the biggest impact and broad application in the entertainment, simulation-based learning, arts, healthcare, retail, remote work, historical reenactment, and military training industries. 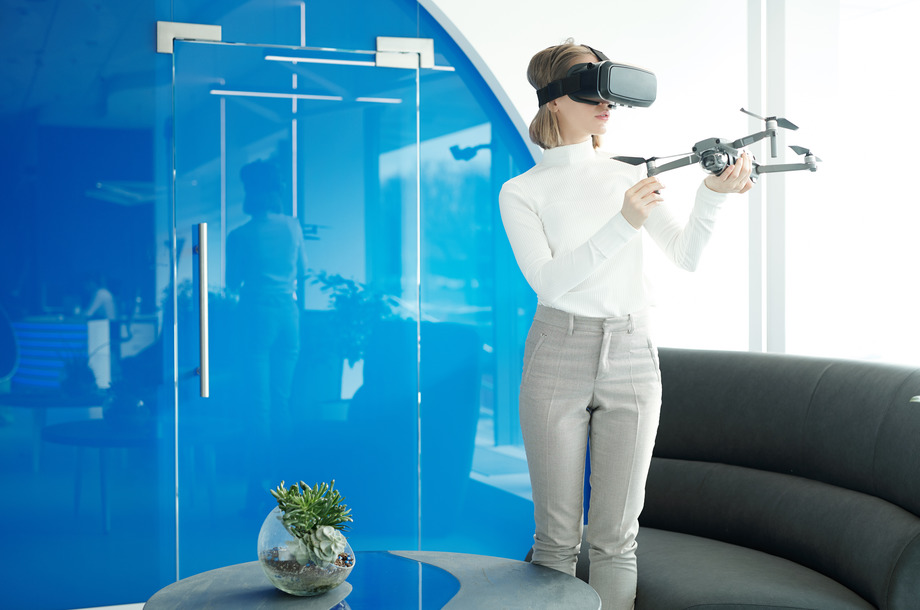 One of the upcoming software engineering trends is the increase in the number of cross-platform development tools. Previously, when developing an application, developers had to choose one of the main platforms or create separate applications for each operating system. Now developers have the ability to build applications that will be compatible with the main platforms. It is more cost and time effective, reduces time to market, and allows for faster profitability, reaching a wider consumer pool.

It is assumed that the growth in demand for cross-platform development will lead to rapid development and an increase in the number of suitable tools.

Continuous integration and continuous deployment (CI/CD) will continue to be one of the software trends in the coming years. It is considered to be one of the best practices, it allows software development company to optimize programming processes and improve the end-product quality. The CI/CD approach allows teams to release applications much faster. The main advantage of Continuous Integration is in significantly speeding up the process of building applications, thanks to the ability to instantly detect errors. Every time the code is added into a shared repository, it is checked, which allows developers to quickly find a bug and fix it. A key goal of continuous deployment is to accelerate the delivery of application updates. On CD, each code change undergoes automated tests and moves to production across multiple production deployments.

The rapid development of the industry has led to the emergence of a large number of programming languages ​​that can be used to create native applications. Depending on the direction and purpose of software projects, several languages ​​are named that will fall into the fast-growing category in the coming years. Among them: Python (as the most suitable option for AI technologies), Rust, TypeScript, Kotlin, and Swift. Flutter is considered to be the best option for cross-platform app development. These languages focus on developer ergonomics and modernized developments in hardware.

React impacted on web development, bringing to it ease and innovation that is truly beneficial for developers across the board. Research has shown that React has become the most popular JavaScript web framework in the past year, and statistics show that this will continue for years to come. While other frameworks such as jQuery offer their own unique capabilities, many developers prefer React because of its flexibility and reliability. Moreover, being a Facebook product React will only grow as the industry standard for web development. Therefore, this framework was included in the list of software trends.

To gain success, achieve goals, and obtain a high-quality product, service companies use emerging technologies in software development. Much of the above is no longer a competitive advantage in most industries, as their use is widespread. However, as studies and statistical samples show, all this is far from the limit.

Computools’s software engineers continually deepen their programming knowledge, adopt and research new languages, frameworks, and technologies. That is precisely what the company sees the key to the successful implementation of clients’ business goals – constantly deepening expertise in demanded solutions. If you are interested in creating software, application, or website, please contact a Computools’s specialist to estimate a software project and learn more about technologies that will strengthen your business.

Computools provides software development services worldwide. Feel free to get in touch with one of our experts in your region
16:05
USA (East coast)