British Council has chosen Computools as the executor of their IELTS web development project and achieved most of the results. 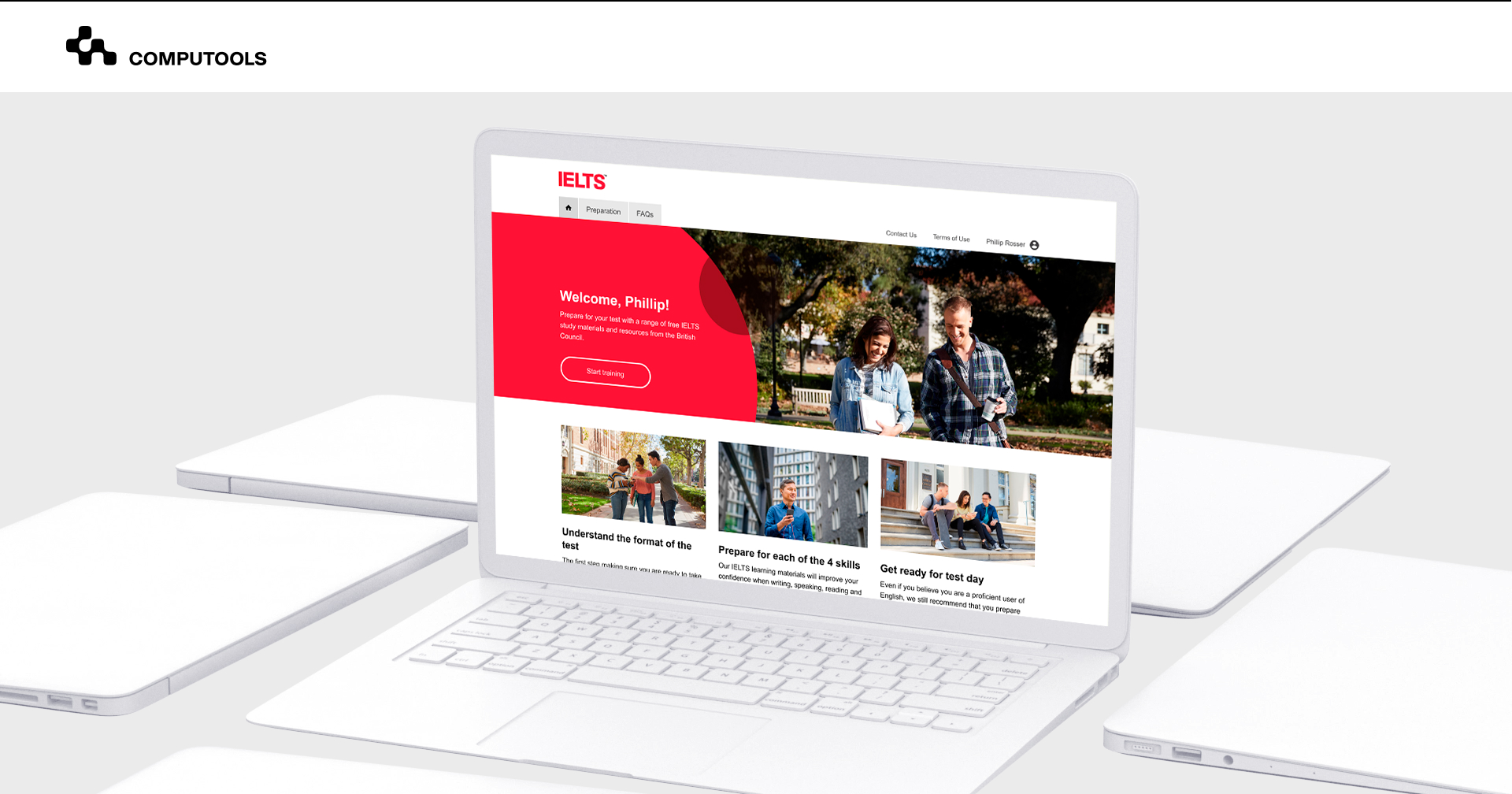 British Council is a well-known international organization engaged in the field of higher education. The IELTS test is the most popular exam for students who want to study in English-speaking universities not only in Great Britain but also in other English-speaking countries. It’s also a necessary test for those who are applying for the right to reside in the UK. Annually, there are more than 2.5 million who review IELTS-related content on the internet. Their websites are visited by users from almost 140 countries.

The British Council turned to Computools with the challenge to develop an additional WordPress microsite in a short period of time for users who want to prepare for the IELTS test.

Computools developers studied the assigned task and the desired result in detail. The website had to hold content from PDF files and webinar records. Also, it had to support certain functionality like email notifications, site search, information gathering, as well as reporting.

British Council set a condition to incorporate their brand into the website’s design.

In return, Computools began to work on the adaptive design so that users were not limited to only one device, offering the customer all the necessary changes and ideas at the same time.

Tight deadlines and attentiveness from British Council made the team work hard and focus on every step.

Computools managed to overcome several issues with security due to authentication and site structure.

At the start of the project, the Computools team got familiar with its goals and objectives. Once all was agreed upon by Computools and British Council, Computools began to develop several prototypes.

Computools’s development team was free to construct the site as they saw fit, not having to follow any strict outlines or requirements from British Council.

As a result of the development team’s work, traffic grew by 56% and the number of orders by 47%. Overall revenues increased by 45%. These staggering results, led British Council to apply user analytics in order to better understand the target audience and their online behavior.

Working on the IELTS project was difficult, but fascinating for Computools. Clients like British Council are what inspire many at Computools to continue to work hard and attentively. To date, the website is still up and running and generating new business for British Council.

Check out the details here.

If you’re looking for an experienced team to create and implement web pages and websites, you can reach us at info@computools.com. Computools experts are ready to help with any complex task

Computools provides software development services worldwide. Feel free to get in touch with one of our experts in your region
17:54
USA (East coast)